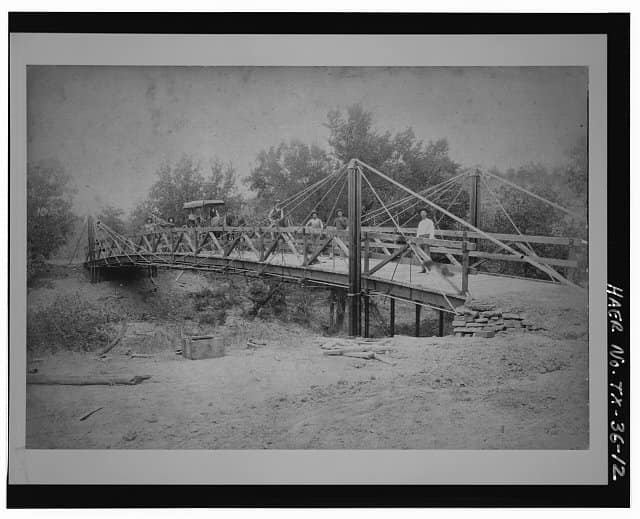 The Bluff Dale Suspension Bridge on county road 149 is the oldest surviving cable-stayed suspension bridge in Texas and may also be the oldest in the United States. One of seven Texas suspension bridges surviving from before 1940, it is part of a once extensive regional tradition of vernacular suspension bridges. Repaired in 1899 by the Flinn-Moyer Bridge Company and moved in 1934, the Bluff Dale bridge is also the only known surviving example of Edwin Elijah Runyon’s bridge patents. The structure was nominated to the National Register of Historic Places in 1977.

The bridge was originally constructed across the river on a dirt road that became Texas state highway 10, which is now U.S. Route 377. In 1933, a new bridge was built to handle the increasing traffic on U.S. 377. The old bridge was relocated in 1934, 1.5 miles upstream and extended from 200 to 225 feet